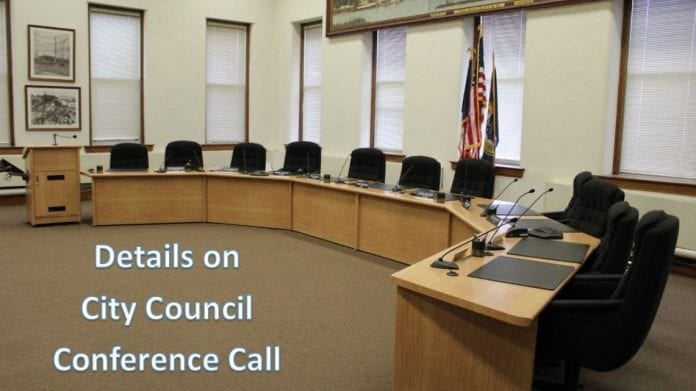 The first two public hearings were postponed from the March 19 City Council meeting, the first meeting conducted by conference call.

Concerns that members of the public who wanted to comment during the public hearings may have had trouble calling in to the meeting prompted city officials to postpone and reschedule the hearings.

The two postponed hearings concern the City of Muscatine budget with the first on an amendment to the 2019-2020 budget and the second on the 2020-2021 budget. Originally, the 2020-2021 budget needed to be filed with the Muscatine County Auditor by March 30 but the State of Iowa postponed that deadline to the end of April due to the COVID-19 crisis.

Amendment #1 to the 2019/2020 budget will amend the budget to the Revised Estimate amounts considered by City Council during the 2020/2021 budget review process. This includes amending both the revenues and expenditures to the currently estimated amounts, and reflects updated capital project construction schedules.

The second public hearing concerns the adoption of the budget and certification of City taxes for the 2020/2021 fiscal year, the third concerns the plans, specifications, cost estimate and form of contract for the Municipal Airport Taxiway A construction project, and the fourth concerns the Annual Application for State and Federal Transit Funds that will be applied to the transit’s operating expenses. The Federal portion of the transit funding is $423.143.00 and the state portion is $256,239.00.

Please keep comments under three minutes and be respectful of others who would like to speak too. Mayor Broderson will moderate all public discussion.

Also included in the agenda for Thursday’s meeting is a discussion on how the City would be able to provide additional assistance to Muscatine small businesses.

Those with a computer, tablet, or smartphone can go to: https://www.gotomeet.me/CityofMuscatine/muscatine-city-council-meeting.

The public is asked to mute their phones or microphones once they are in the meeting until public comment is asked for by Mayor Diana Broderson.

The agenda for Thursday’s meeting is available under Agendas & Minutes on the City website.

Information on the City’s COVID-19 response can be found on the city website.

This content provided by the Office of the Governor of Iowa, Kim Reynolds as a press release. Board of Canvass Meeting - November 30, 2020...
Read more

This content provided by the Office of the Governor of Iowa, Kim Reynolds as a press release. Gov. Reynolds completes 99 County Tour Mon, 11/23/2020...
Read more