Gov. Reynolds encourages Iowans to step up, stop the spread 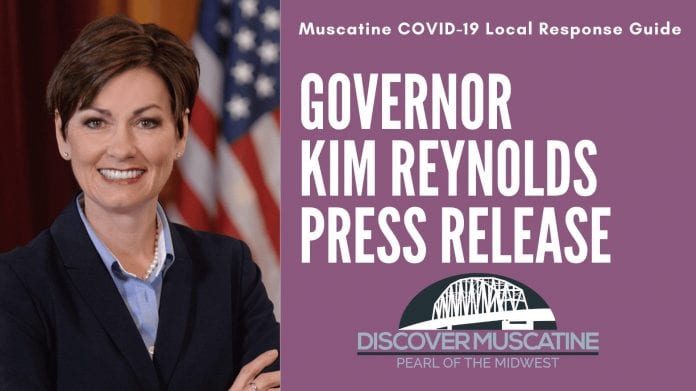 Gov. Reynolds encourages Iowans to step up, stop the spread

“It’s more important now than ever to reach as many Iowans as possible with information about what they can do to stop the spread of the virus,” said Gov. Reynolds. “If everyone does their part, we’ll get life back to normal and keep our businesses open, our kids in school, our hospitals stable and our essential workforce healthy.”

The state was able to leverage special programs and pricing for government and non-profit organizations to deliver its public awareness message through Iowa’s newspapers, radio and television stations. The campaign totals approximately $440,000 and will be funded through Iowa’s CARES Act allocation.

The state worked with the Iowa Newspaper Association (INA) to place ads in its more than 250 member newspapers and online publications across the state, and extended the campaign’s reach to include Spanish and specialty publications. Newspaper ads started earlier this month and will run through the end of the year.

MUSCATINE, Iowa - The City of Muscatine is halfway through the second round of fall leaf collection and, despite the...
Read more
Local Government and Politics