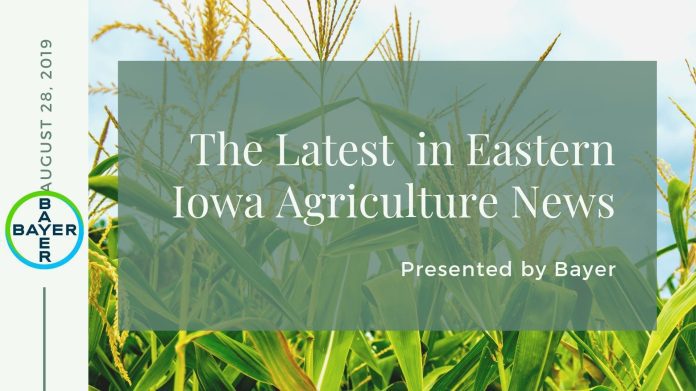 Growers love the taste and texture of homegrown potatoes and often harvest a few potatoes early as “new potatoes,” which are eaten within a few days of harvest. Iowa State University (ISU) Extension and Outreach horticulturists answer questions about harvesting and storing potatoes grown for fall and winter use. To have additional questions answered, contact the ISU Hortline at [email protected] or (515)-294-3108.

When Should Potatoes be Harvested?

Potatoes grown for fall and winter use should be carefully dug after the plants have died (turned brown) and the crop is fully mature. Most potato cultivars mature ninety to 120 days after planting. To check crop maturity, dig up one or two hills after the plants have died. If the skin is thin and rubs off easily, the potatoes are not fully mature and will not store well. Allow the crop to mature in the soil for several more days before harvesting the rest of the hills. When harvesting, avoid cutting or bruising the potatoes. Use damaged tubers as soon as possible.

Can I Wash Potatoes After They Have Been Harvested?

Do not wash the potatoes. Gently rub off the soil with your hands. Washing may reduce the storage life of the potatoes.

What is the Proper Way to Store Potatoes?

Before placing the potatoes in storage, cure the tubers at a temperature of forty-five to sixty degrees Fahrenheit and relative humidity of eighty- five to ninety-five percent for two weeks. Curing promotes healing of minor cuts and bruises and thickening of the skin.
Once cured, sort through the potatoes and discard any soft or shriveled tubers. These potatoes may spoil in storage and cause other potatoes to spoil as well.
Potatoes should be stored in a d

ark location with a temperature of thirty-eight to forty degrees Fahrenheit and a relative humidity of ninety to ninety-five percent. Potatoes will sprout if storage temperatures are too warm. Potatoes develop a sugary, sweet taste when stored at temperatures below thirty-eight degrees Fahrenheit. Do not allow potatoes to freeze. Possible storage locations in the home include an extra refrigerator (set a few degrees warmer than normal), an unheated spare room, cool basement, or insulated garage. To increase humidity levels, store potatoes in perforated plastic bags.

Do not store potatoes with apples or other fruits. Apples and many other fruits produce ethylene gas which promotes sprouting of potatoes.

Why Are Some of My Potatoes Green?

Potato tubers are actually enlarged underground stems. When potato tubers are exposed to light (either in the field or storage), their skin turns green due to the formation of chlorophyll.
Tubers with small green areas can be safely eaten if the green portions are cut off and discarded. It is best to discard potatoes that are largely green.

When growing potatoes, hill soil around the base of potato plants to prevent tubers from being exposed to light. After harvesting, store potatoes in a dark location.