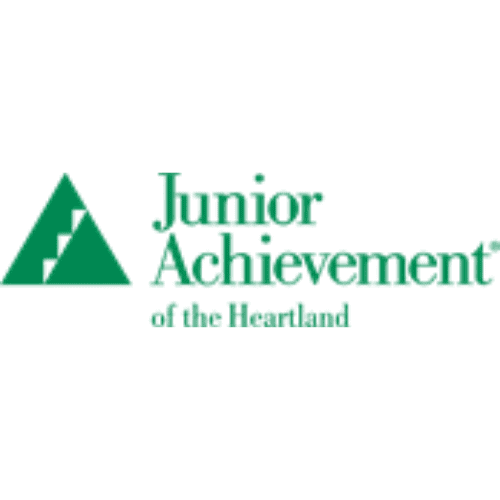 Junior Acchievement of the Heartlandhttps://jaheartland.org/
Junior Achievement is dedicated to giving young people the knowledge and skills they need to own their economic success, plan for their future, and make smart academic and economic choices. JA programs are delivered by corporate and community volunteers, and provide relevant, hands-on experiences that give students from kindergarten through high school knowledge and skills in financial literacy, work readiness and entrepreneurship. Locally, Junior Achievement of the Heartland serves 24 counties in eastern Iowa, western Illinois and Grant County in Wisconsin. Visit www.jaheartland.org for more information.

MOLINE, IL – Jack Kosakowski, President and CEO of Junior Achievement USA announced Thursday, July 14 at the Junior Achievement National Leadership Conference that Dougal Nelson, president and CEO, is the recipient of the Karl Flemke Pioneer Achievement Award. The conference was held in Fort Worth, Texas. Junior Achievement of the Heartland, a member of the global JA network, has been serving young people in the Quad Cities and surrounding areas for 66 years, equipping them with the skillset and mindset to create sustainable businesses, find meaningful employment, and build thriving communities.

This award recognizes significant achievements and contributions of a first-time Junior Achievement USA Area President with not less than two and not more than six years of service in their current position. The Karl Flemke Pioneer Achievement Award was developed and is presented by the JA Pioneers (JASAN).

“Dougal was chosen as the recipient thanks to his leadership in heightening JA’s presence in our communities, boosting revenue by diversifying our donor base, and creating a model workplace culture where teamwork is the focus”, said Tawnya Hambly, Vice President of Education for Junior Achievement of the Heartland.

“This award is truly a reflection of our amazing staff, the JA board of directors, volunteers, and both teachers and administrators who work tirelessly to enrich the lives of our students”, said Nelson. “It is an honor and a privilege to represent Junior Achievement of the Heartland, and the communities we serve, on a national stage.”

Nelson was one of five finalists in the nation. The nominees included: