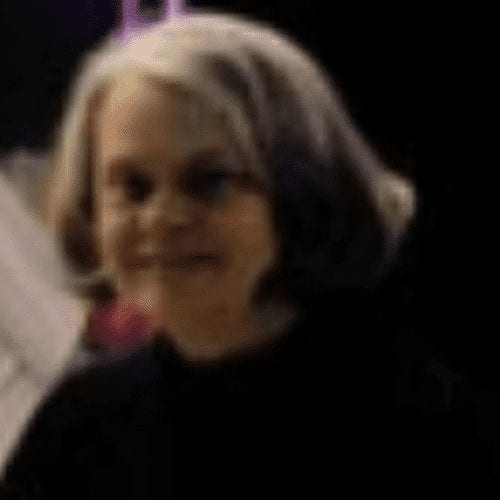 Iowa’s first female Master Farmer, May Hoopes was also the first woman to receive an honorary degree in agriculture from what would eventually become Iowa State University. She was an astute businesswoman who helped her husband go into truck farming and the seed business on a large scale. When a depression hit in 1893 and money was short, May suggested that they use their own asparagus seed for planting; they dried it in their attic, eventually selling it and helping develop the largest wholesale seed company in Iowa.

May was born November 2, 1861, to Josiah and Mary Elizabeth Barrows Walton. Her father was one of Muscatine’s preeminent old settlers, an architect (he designed the Episcopalian Church and the Benjamin Hershey mansion) and an expert on local history, the author of half a dozen books. She graduated from Muscatine High School in 1879, eventually teaching for two years in Lake Township. On February 6, 1884, she married John E. Hoopes, and the new couple established their home on Stewart Road and started farming with twenty-four acres. When they had to abandon their shipping enterprise because of the bad economy, they found they needed a new buggy, and May started collecting seeds to help pay for it. They ended up with 125 acres planted with various kinds of vegetables and fruits.

After John’s death in 1916, Mrs. Hoopes carried on their work. She was the first Iowan to use ethylene gas to ripen tomatoes, an experiment for which she received the Certificate of Eminent Service and the degree from what was then the Iowa Agricultural College. Her farm was the first in the area to use electricity to run an irrigation system. It was also the first to bring the Washington rust-resistant asparagus into the West.

May had two sons and three daughters, one of whom died in infancy. She was a force in the community, helping to found the Twentieth Century Club and teaching for years at the Musserville Episcopal Methodist Church, where she was known as “Mother Hoopes.” She was also busy in Epworth League, the Ladies Aid Society, and the Daughters of the American Revolution. She was in the American Relief Corps (the women’s auxiliary of the Civil War veterans’ organization), and in the Masonic Order of the Eastern Star. She was a leader in the Iowa Vegetable Growers and Iowa
Melon Growers Associations.

May died June 13, 1944. She lived plainly; her motto was “live and let live.” She was a specialist in her field and a special contributor to the success of her community. May Hoopes was a great asset to Muscatine.