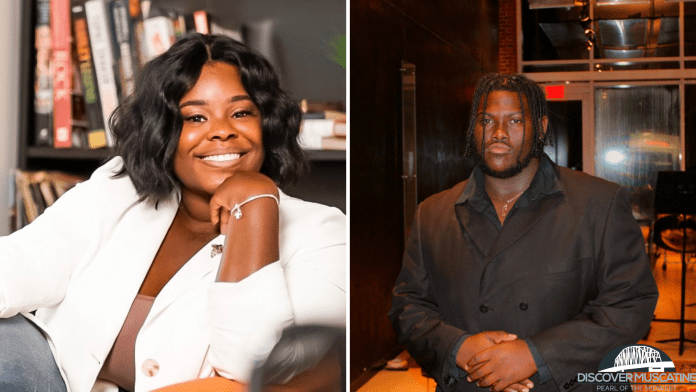 MUSCATINE, Iowa–This fall, the Muscatine Civic Chorale will open their season with a stirring repertory of songs in their first concert, Amazing Grace: An Evening of Spirituals and Gospel Music. The evening of Nov. 18 at 7 p.m. at Saints Mary and Mathias Catholic Church (215 West Eighth Street, Muscatine) the full Muscatine Civic Chorale, along with a pair of celebrated regional soloists will put on a concert sure to inspire all who attend.

During the 2011 season, Muscatine Civic Chorale director Jan Phillips shared the Chorale performed a piece called the “Gospel Mass” composed by living composer Robert Ray. First performed in 1979, Ray, a graduate of Northwestern University who studied music and specialized in piano performance, composed the piece at the request of Reverend Clarence Rivers, an African American priest wanting a version of the traditional Catholic mass set to music inspired by spirituals and gospel music. The piece grew in popularity, and numerous choirs across the country have performed it since its creation.

Phillips found the piece uplifting and enjoyable to sing and wanted to bring it back in a future season. This year, she has centered the Chorale’s first concert around it, along with a selection of other pieces that explore the spirituals created by slaves before the Civil War and the gospel music that, in part, grew out of them. “I don’t want to overlook that these songs cam from African Slaves during a dark, awful time in history,” Phillips said.

Because the “Gospel Mass” has opportunities for two soloists, Phillips felt it presented the perfect time to bring in some regional talent to compliment the Chorale’s performance. After speaking with the choral department at Cornell College, which recently performed the “Gospel Mass,” and Saint Ambrose University, she got in touch with Anderson Jones and Quad Cities singer Ashley Dean, who accepted the soloist roles. “The soloists are amazing and the music just embodies the gospel style,” Phillips enthused.

Open to the public, Phillips welcomes everyone to come join the Muscatine Civic Chorale in the beautiful and acoustically excellent Saints Mary and Mathias Church to hear Amazing Grace: An Evening of Spirituals and Gospel Music. A free concert, the Chorale will accept free will donations to help them fund their future performances. “Our musicians are top notch as well as our soloists,” Phillips emphasized: “It will be an evening that’s uplifting. . .You can’t hear some of this music without smiling, and don’t we need more of that?”