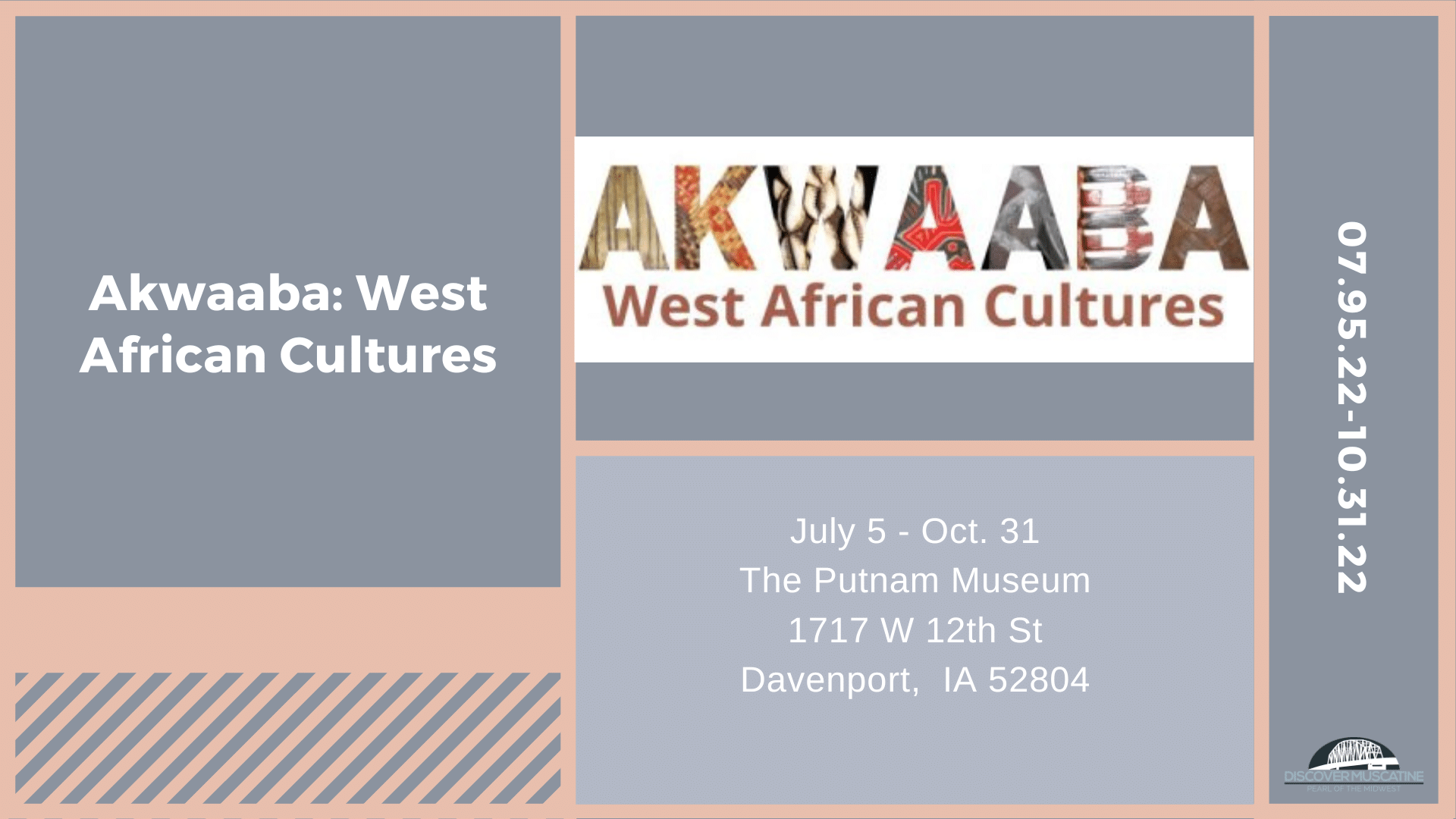 Much of the collection featured in “Akwaaba: West African Cultures” was generously donated by former ambassador Richard Kauzlarich and Anne Kauzlarich following their time in Africa during the late 1960s and 1970s. Other objects are on loan from the West African community of the Quad Cities. The exhibit is co-curated with Nana Ouro-Agoro who serves on the board of Quad Cities Alliance for Immigrants and Refugees, represents the United African Organization, and is herself an immigrant from Togo who arrived in the Quad Cities in 2008.

“Akwaaba”—meaning “you are welcome”—to enjoy these artifacts from West Africa and learn about the fascinating cultures that created them!