Anne Frank: A History for Today 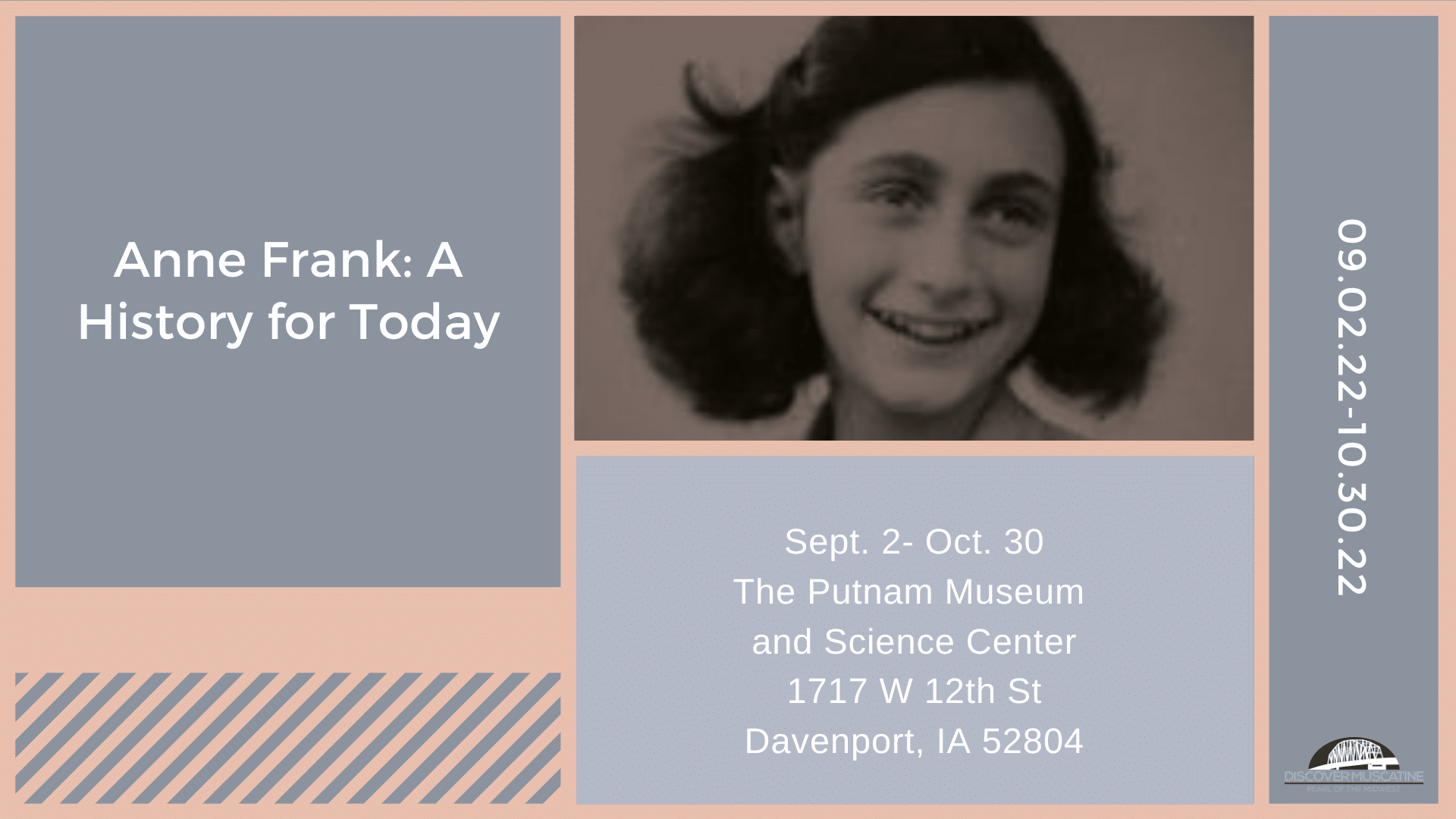 “Anne Frank: A History for Today” brings to life the story of the young Jewish girl who – in the pages of her world-renowned diary – documented two years of hiding in German-occupied Amsterdam during World War II. By sharing Anne’s legacy with visitors, students, and teachers, this traveling exhibit seeks to inspire our commitment to never be bystanders but instead to stand up together against anti-Semitism, bigotry, and inequality wherever they may exist today.

This exhibit is on loan from the Anne Frank House and has been embellished with artifacts from Quad Citians who were impacted by the Holocaust, the Illinois Holocaust Museum, and Danville Station & Museum. These artifacts include a concentration camp uniform, a flashlight used by guards in Theresienstadt, a yellow Star of David patch, and the story of the Geiringer family who were on a similar path while in hiding, depicting their experience through paintings that were later recovered.

Exhibit admission is included in the price of general admission, which is $9 for adults, $8 for youth (ages 3-18), seniors, college students and military. Through the Putnam’s Museums for All program, admission is $1 per person for households with the presentation of an EBT card. Admission is free for members. Click here to learn more about group visits.

This exhibit was made possible with support from the Jewish Federation of the Quad Cities, Scott County Regional Authority, Regional Development Authority, Rauch Family Foundation II, Inc., KWQC, and the Joyce and Tony Singh Family Foundation. “Anne Frank: A History for Today” is sponsored in North America by the University of South Carolina and the Anne Frank Center; it was developed by the Anne Frank House.

This exhibit is part of the community-wide project, Out of Darkness: Holocaust Messages for Today.