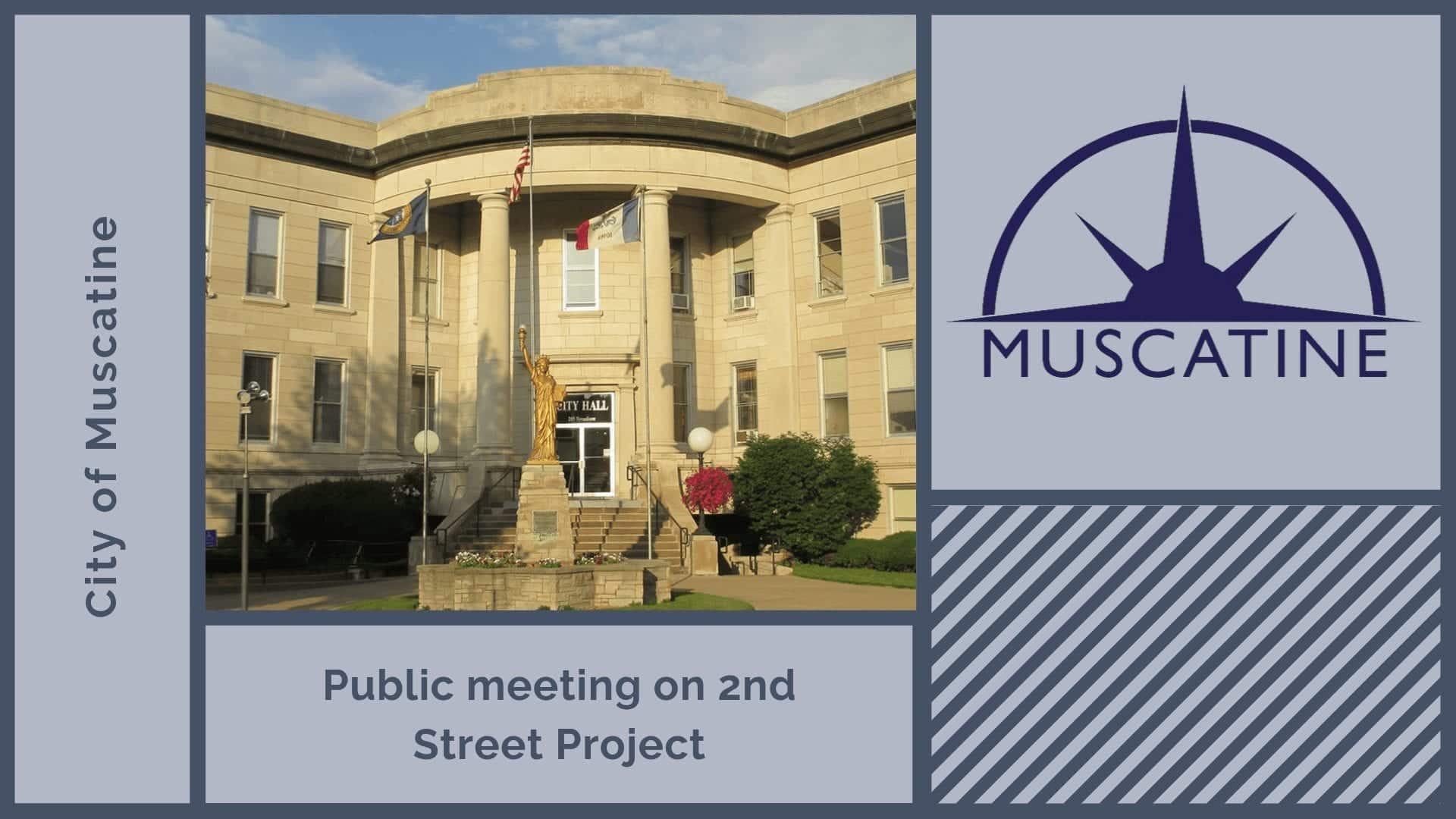 Public meeting on 2nd Street Project now set for October 3
091919 Second Street Sidewalk 001 (JPG) Opens in new window
MUSCATINE, Iowa – The public is invited to a meeting on Thursday, October 3, to discuss tentative plans for the 2nd Street Streetscape Project. The meeting will be held from 5:30-7:00 p.m. on October 3 in the City Council Chambers located on the second flood of Muscatine City Hall, 215 Sycamore St., Muscatine, Iowa.

The 2nd Street project is another in a series of projects undertaken by the City of Muscatine’s to upgrade the downtown area infrastructure using the Complete Street policy along with concepts from the EPA Greening America’s Communities program, and ideas from the walkability and placemaking efforts.

The effort began with improvements to Riverside Park and the development of the Riverside Park Master Plan Update, continued with the Mississippi Drive Corridor Revitalization project, and is now focused on enhancing 2nd Street.

Bolton & Menk of Des Moines, Iowa, is the design consultant for the 2nd Street project that will replace sidewalks and install other amenities along the 2nd Street corridor from Pine Street to Mulberry Avenue. The design firm is expected to finish the plans by the end of October with a public hearing before the Muscatine City Council tentatively scheduled for November 21. A December bid letting is anticipated with construction tentatively scheduled to start in Spring 2020.

This is just one of two projects that will be working toward completing the infrastructure for the downtown business district. The 2nd and Mulberry roundabout is the final piece of the Mississippi Drive Corridor Revitalization Project to be completed. Muscatine Power & Water (MPW) will be removing the power poles along Mississippi Drive from Mulberry to Broadway at the end of the roundabout project which will provide better views of the Mississippi River to residents and visitors.

The $2.1 million contract for the 2nd and Mulberry roundabout was awarded to Heuer Construction by the Muscatine City Council at its August 15 meeting. The actual construction schedule for this project that is expected to take 77 construction days has not been established. Business owners had asked the City and contractor to avoid closing the Mulberry and 2nd Street intersection during the months of October, November, and December due to the holiday sales season.