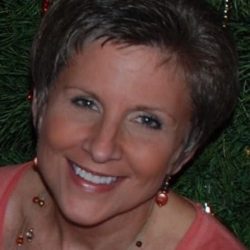 Obituary Viewed 128 times
Annie M. Pedersen, 62, formerly of West Liberty passed away suddenly Sunday, April 12, 2020 at the University of Iowa Hospitals and Clinics in Iowa City. Visitation will be held Friday, April 17, 2020 from 10 to 1 P.M. at the Henderson-Barker Funeral Home in West Branch, due to the current State of Iowa restrictions on social gatherings the funeral home will assist with family and friends entering the funeral home to comply with current regulations. A private family service will be held Friday afternoon. Burial will be in the West Branch Cemetery. A memorial fund has been established. Annie was born September 26, 1957 in Marshalltown, Iowa the daughter of Donald and Hazel (Schrafel) Jansen. She was a graduate of Marshalltown High School in 1975 and a Honors Graduate of the University of Iowa. On September 1, 1979 she was united in marriage to Dean Pedersen in Marshalltown. Annie had been employed with HON in Muscatine for over 15 years, County Oaks Photography, and was a homemaker and a home school teacher to two of her children. She was a member of Believers In Grace Fellowship Church in Marion, Iowa. She enjoyed reading scripture, staying in touch with her family, and her biggest joy was her 14 grandchildren. She is survived by her husband Dean of West Liberty, three children: Garrett (Dana) Pedersen of Ankeny, Iowa and their children Anna, Caleb and Benjamin, Zach (Sarah) Pedersen of Tipton and their children Keaton, Kason, Brynlin, Audyn, Ansley and Anton, Vanessa (John) Krogman of Port Byron, Illinois and their children Preston, Taylor, Gabriella, Hazel and Dean. Two Brothers: John (Jan) Jansen of Waukee, Iowa and Ron (Sally) Jansen of Marshalltown, 4 sisters: Marilyn Leavy of Scottsdale, AZ, Jeanette (Pete) Karl of Altoona, Iowa, Carol Anderson of Marshalltown, Iowa, Emily (Scott) Melliere of Charles City, Iowa. She was preceded in death by her parents, brother in law Larry Leavy.