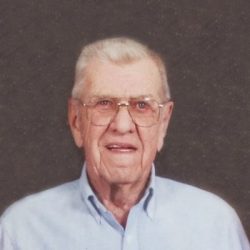 Obituary Viewed 57 times
Donald R. Jackson, 91, of Moscow, IA, passed away Friday, November 22, 2019 at the Wilton Retirement Community, Wilton, IA. Private family visitation and services will be held. Interment will be held in Hastings, NE at a later date. Memorial contributions may be made to the Stead Family Children’s Hospital, Iowa City, IA at donate.givetoiowa.org in his memory. Don was born in Hastings, NE on June 1, 1928 to Lloyd and Martha May (Lau) Jackson. He graduated from Hastings High School and the rest of his formal education was in Nebraska. Don married Lois L. Clark on December 27, 1949 in Hastings, NE. She preceded him in death on January 22, 2007. Don worked for J.M. McDonald Company, Bowen Explosives and retired from Wendling Quarries on December 1, 2001, after 39 years of service. He was a 65-year member of Masonic Lodge #61, Lexington, NE and a member of KAABA Shrine for 50 years. Don enjoyed fishing, hunting, sprint car racing and Nebraska and Hawkeye football. Above all, he enjoyed spending time with his family and friends. Don is survived by his daughter Kerri (Jim) Swiniuch and their children: Christian and Faith Swiniuch of Tucson, AZ and his son David (Diane) Jackson of Rio Rancho, NM and their children: Rusty Brown and Stacie Brown, son-in-law Taylor Heidenheim of Tucson, AZ and 7 great-grandchildren. He also survived by his special lady friend Evelyn Hinkhouse of Atalissa, IA. He was preceded in death by his parents, his wife Lois, daughter Deborah Heidenheim, granddaughter Jennifer and dear companion Joyce Shuger.