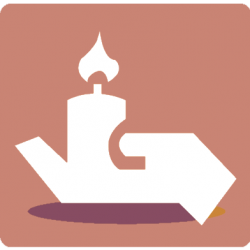 Obituary Viewed 55 times
Mavis Shouse, 92, of Muscatine, passed away on Sunday, December 1, 2019 at Lutheran Living. Funeral services will be held on Thursday, December 5, 2019 at 11:00 A.M. at the Geo. M. Wittich-Lewis Home for Funeral and Cremation Services. Interment will be in Overman Cemetery. Following the interment, a time of food and fellowship will be held at the Muscatine American Legion Post #27. Visitation will be Thursday, December 5, 2019 from 9:00 a.m. to 11:00 a.m. at the funeral home. In lieu of flowers, a memorial fund has been established at the funeral home in memory of Mavis. Mavis Jean Lattin was born on July 28, 1927, the daughter of William and Doris (Shroeder) Lattin. On December 31, 1945 she was united in marriage to Virgil Shouse in Fort Madison. She was employed at Heinz. Mavis was a member of Calvary Baptist Church. Mavis enjoyed bingo, bowling, watching old westerns, crocheting, cooking and most of all spending time with her family. Mavis will be deeply missed by her son, Randy (Karen) Shouse of Muscatine; 20 grandchildren, 40 great-grandchildren, 26 great-great-grandchildren and many extended family. Mavis was preceded in death by her parents, her husband, sons, Charles and Virgil Jr. Shouse; daughter, Jeanie Carpenter; brothers, William, Raymond, John and Howard Lattin; sisters, Doris Miller, Joan Waldrop, Vivian Ulmer and Audrey Hanks.

A few months ago, I read a disturbing fact; only 31% of Americans know their neighbors. How sad. Even though I left...
Read more

Today is a gold day