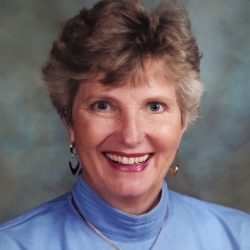 Obituary Viewed 49 times
Nellie Katherine “Kay” Schubick Ackerson, 82, of Gold Canyon, Arizona passed away Monday, March 30, 2020. Kay was born on September 21, 1937, in Hill City, MN to Otto Henry Schubick and Viola Glenn Cook Schubick. Kay lived most of her early life in Muscatine, IA. Kay was an honor student at Muscatine High School while holding down several different jobs after school. She was an active member of several clubs and graduated in 1955. Kay married Gary Ackerson on September 2, 1955. She worked full time at the button company until their first child was born. Kay and Gary were blessed with four children. Vicki, married to Phil Corcoran, has 2 children. Vince, married to Susan Brimberg, has 2 children. Valerie, married to Mark Cavanaugh, has 2 children. Annette, married to Randy Waldorf, has 2 children. Kay and Gary have 11 great grandchildren. In 1961 they moved to Rock Island, IL. Kay was President of the PTA at Longfellow Elementary School, as well as room mother, driver for field trips, and chaperone of school dances. Kay was a devoted mother who gave all she had to the family so that they could achieve their goals. In 1969 Kay returned to school to obtain a Registered Nurse’s degree from Blackhawk College. She worked at Augustana College as the night nurse for students. In 1971 she became the school secretary at Franklin Jr. High and later at Horace Mann Elementary School in Rock Island. She retired in 2000. In 2005, Kay and Gary moved to Gold Canyon, AZ. They love the desert with its bountiful sunshine, warmth and beauty. They enjoyed entertaining family and friends in their home. Kay had a deep love of music and participated in choirs and summer music theaters. They were members of Gold Canyon United Methodist Church and choir, as well as Village Voices. Her great-great uncle was the composer Franz Schubert. Kay will be remembered for her kindness and warmth, with an amazing smile. She traveled extensively and enjoyed cruises to exotic place like The Caribbean, China and Turkey. Her favorite form of exercise was shopping and treasure hunting. Kay had a great fashion sense and loved shoes, jewelry and accessories. No holiday would be complete without Kay’s frosted fruit salad. She courageously battled breast cancer at the end of her life. Her greatest memories are of the time spent with family and all the love they shared for each other. Kay was preceded in death by her parents, brothers: Earl, Delbert, Quinton, Caesar, Dale, Otto, Neil and Paul, also sisters: Gwendolyn, Marion, Goldie, Shirley and Betty. Surviving siblings are: Johanna Hurlbut, Jerry Schubick and Diana Anson.