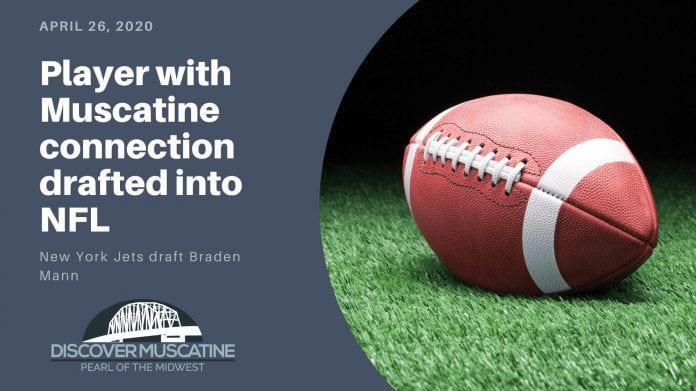 MUSCATINE, Iowa, The New York Jets drafted Braden Mann as a punter in the sixth round of the NFL Draft April 25. Braden Mann, grandson to Hank and Rita Mann of Muscatine and a senior at Texas A&M, has played college football for four years. Ranked the top draft pick among punters this year, Braden Mann had a successful college football career, which included winning the 2018 Ray Guy award for most outstanding punter and earning second-team Associated Press All American honors and first-team SEC honors in 2019.

MUSCATINE, Iowa--Whether people have started the search for their first job, would like to change careers, or reenter the...
Muscatine Area News