React to Save a Life 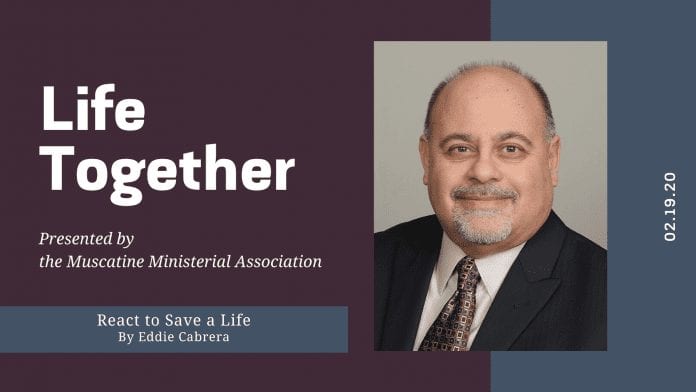 Valarie O’Conner, a high school student in Britton, Michigan, wasn’t in the habit of shoving her sixty-three-year-old grandfather out the door into the snow. But, her grandpa, Okey Howard, was sure glad she did. Why?

A February ice storm back in 2002 left many people without power, so Valarie’s grandfather borrowed a kerosene heater to keep the pipes and the family from freezing. Unfortunately, someone had put something other than kerosene in the tank. When Mr. Howard lit the heater, it exploded, spewing burning fuel all over his body.

Valarie saw her grandfather in flames, so she pushed him out the door into the snow and rolled on top of him to smother the flames. She suffered minor burns on her legs.

“I knew something had to be done,” Valarie said later. “After a moment of shock, I just reacted.”

Mr. Howard was severely burned, but still had the presence of mind to stumble back into the house with a large extinguisher to put out the house fire before he lost everything.

Later, Grandpa Howard said, “I thought I was going to die.”

How many of us have faced death and escaped because someone came to our rescue? How many of us have been in Valarie’s shoes at one time and just reacted? Either side of that experience taught us something about how precious life is and the sacrifice it takes to save it.

I would like to remind us all that someone did react and knew what to do when the human race found itself in danger of losing the precious gift of life. He intervened by sacrificing himself and becoming the inspiration we need to give our lives to save others. His name was Jesus and he bears the title, “the Christ”, the Savior of humanity. I hope his heroic deed moves you to intervene when you need to react as Valarie did, to save someone from addiction, harmful habits, or imminent danger.

When we think of heroes, we often think of celebrities or those faced with a split-second decision that saves a life; but...
Read more

MUSCATINE, Iowa – The City of Muscatine will temporarily suspend certain parking ordinances in order to maintain convenient customer parking for the busi