Come Together this Lent

Have you ever driven by a church on a Sunday morning and thought, “Hmm, I wonder if...
Read more 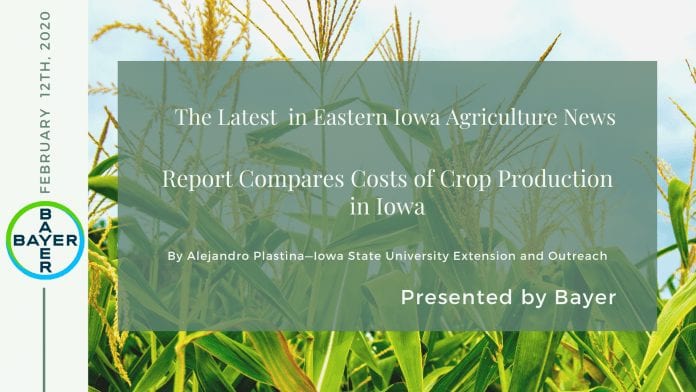 AMES, Iowa – Managing the cost of crop production will continue to be critical for farmer profitability this year, and farmers have some recent data to consider, found in Iowa State University Extension and Outreach’s “Estimated Costs of Crop Production in Iowa” report.

Included in the January edition of the Ag Decision Maker, the report, “provides average cost estimates for Iowa farms in 2020, and provides guidelines to help farmers calculate their own costs of production,” according to Alejandro Plastina, report author and assistant professor and extension economist at Iowa State University.

On average, the total cost of corn and soybean production in Iowa is expected to decline by 4% from last year. However, producers will still need to be prudent to be profitable, as there is still substantial uncertainty regarding crop prices for the rest of 2020.

Cost of production estimates, per bushel, for herbicide-tolerant soybeans are $8.89, $8.72, and $8.57 assuming 50, 56, and 62 bushels per acre, respectively. The total cost per bushel of soybeans is projected at $8.72 for non-herbicide-tolerant beans at 56 bpa, according to the report.

The most recent United States Department of Agriculture projections for 2020-2021, published in October 2019, put the average U.S. farm prices for corn and soybeans at $3.40 and $8.85. In this scenario, soybean production would only be profitable for operations with medium and high yields, but the profitability margins could be very tight. A continuous corn system would not be able to cover all costs, even with high yields, and corn production following soybeans would generate $30-$40 per acre in profits. More optimistic price scenarios are found in futures prices, but uncertainty remains high.

“Producers need to have a strong grasp of their own production costs,” Alejandro said. “Costs of production are not seeing the rapid fluctuations that were seen in recent years, but the trade war and other events create a lot of uncertainty when it comes to profitability on an individual operation.”

For a more detailed crop production analysis, review the data found in the report and compare your own operation to these averages. Decision Tool spreadsheets for each budget are also available in this month’s Ag Decision Maker updates. 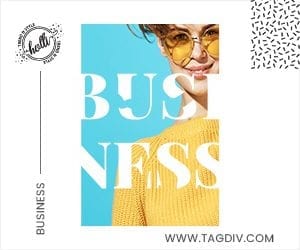 MUSCATINE, Iowa—Since its inception on Feb. 14, 1920, the League of Women Voters has had close ties to both passing the 19th...
Read more
Muscatine Area News

MUSCATINE, Iowa— The Muscatine County Board of Health supports the development and enforcement of safety regulations associated with the use of all...
Read more
Previous articlePrune Fruit Trees with Care
Next articleFruitland Lions to Host Veteran’s Memorial Benefit

Come Together this Lent

Have you ever driven by a church on a Sunday morning and thought, “Hmm, I wonder if how they pray is that...
Read more

MUSCATINE, Iowa—Almost Mardi Gras looks to bring some of the fun of Almost Friday Fest back a few months early. On Feb....
Read more

MUSCATINE, Iowa—When many people think of Feb. 29, they think of Leap Day. However, for those with uncommon medical conditions the day...
Read more