Washington-Park Avenue intersection to be closed May 5-21

Currently, northbound through traffic on East 5th Street is detoured at Cypress to Washington Street and then back to Park Avenue. Only local traffic will be permitted past Cypress until the intersection is reopened.

Manatts, the prime contractor for the Park Avenue project, will close the Washington and Park Avenue intersection through at least May 21, weather permitting. 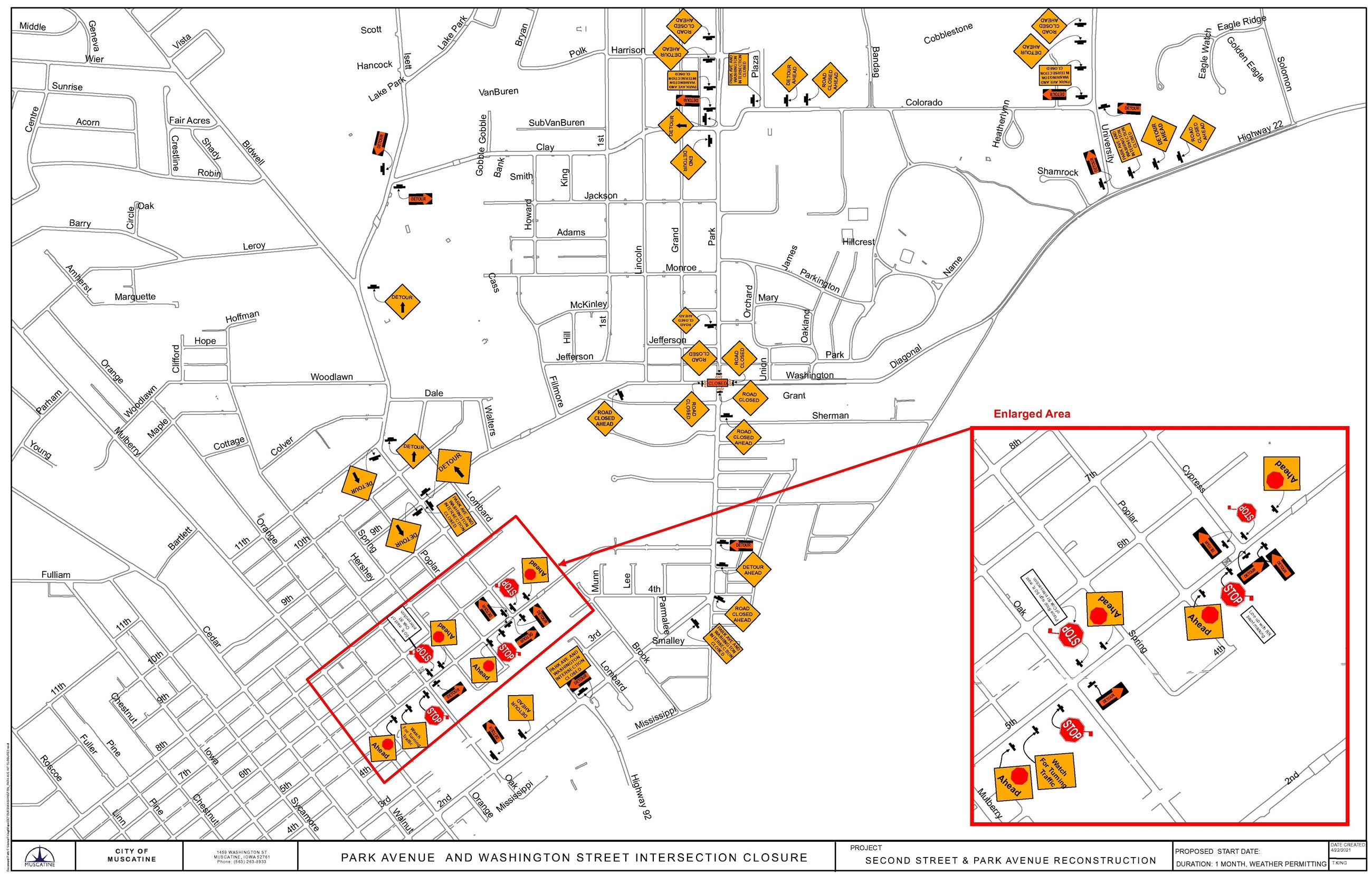 The new traffic signals at the intersection of East 2nd Cypress Streets are now in “flashing red” mode and will continue in that mode until all traffic signals that are part of the Park Avenue 4-to-3 Lane Conversion Project have been installed, timed, and made operational.

The traffic signal mast arms and pedestrian poles are being installed in the east half of the East 5th Street intersection this week. Work on the west side traffic signals will begin on Monday (May 3) when Taylor Ridge Drilling will be on site to drill the hole for the mast arm foundation. Once the foundation has been poured, a new sidewalk will be installed. Depending on the cure rate for the mast arm foundation, Tri-City Electric anticipates returning to put up the mast arm and mast arm signals on the west side either May 7 or May 10.

Full depth patch on the west side of Park Avenue is progressing with concrete work continuing from Washington Street south to East 4th Street.

Drivers are reminded to slow down and use caution when travelling through the construction zone, obey traffic control devices, and be aware of workers. Use an alternate route if possible.

For more information on City of Muscatine construction projects click on CONSTRUCTION to visit the Department of Public Works Construction Projects page.

MUSCATINE, Iowa--Though the weather turned cold and blustery for this year's Walk to End Alzheimer's Sept. 23, it did...

MUSCATINE, Iowa--Though the weather turned cold and blustery for this year's Walk to End Alzheimer's Sept. 23, it did not stop Muscatine residents from...
Read more