What’s the deal with fantasy football? 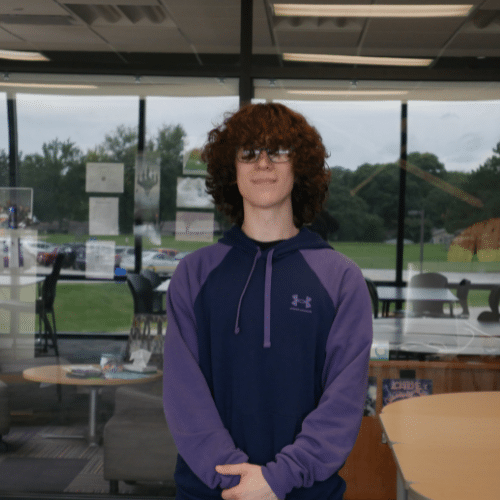 Simon McFate
Simon McFate, eleventh grader is a writer for the Auroran Today. This is his first year being a member of the staff. Whenever he isn't at school, he enjoys spending his time with his family or working his job at Panda Express.

It’s a crisp autumn Monday morning. As the leaves start to fall and the weather gets a bit colder, people get excited about the many sports that start during this time of the year. For NFL fans, they get ready to start their very own season off football with their very own fantasy team.

In 1962, on a whim in a hotel room and in order to increase the interest in the NFL franchise, Bill Winkenbach, a part-owner of the Oakland Raiders at the time, and some friends developed the tentative idea that has now become a league of over 40 millions fans.

Fantasy football is a game in which you draft players to your team and depending on how they do in real life it affects whether or not you will win the game. Usually, a league consists of 10 people all with their own respective teams that try to get more points than their opponent to win each week. Each week, some MHS students and staff compete amongst each other, family, and fantasy footballers across the nation.

The way the draft works is everyone gets to take turns picking a real NFL player. One by one, they put together their team. Throughout the season, players have no limit on how many times they can trade, which allows for them to keep their team as good as possible.

“This is my first year doing it, but I am doing pretty well so far, so I think it is gonna be fun next year,” said 11th grader Rex Buster.

While it is his first year playing, Rex has adjusted to the rules.

“Basically, we pick a bunch of (NFL) players, and depending on how they do in their games they score points, and whoever has more points wins that week,” said Rex. “They can score points by getting yards, catches, touchdowns, and basically anything that is positive to the team.”

The league though is less about the rules and more about two other components: more closely following teams that individuals wouldn’t normally care about and interacting with other members of the league.

It is 11th grader Kyle Morris’s first year doing fantasy football as well. Despite his team’s poor standing, Kyle wasn’t overly upset about his record too much.

“The experience? Probably like an eight or a nine. It’s really fun, watching the close games, especially when you get together with your buddies.”

Fantasy football leagues follow the overarching tradition and rules that were initially established by Winkenbach, but individual leagues develop their own fun traditions as well. For Kyle’s fantasy league, having one of the worst records leads to a punishment for being the loser.

“Whoever loses will have to stand outside of Buffalo Wild Wings with a cardboard sign that says, ‘I lost at fantasy football,’ while everyone else eats,” said Kyle.

For Rex’s league, they have developed a tradition that rewards the winner.

“The winner gives someone in the losers bracket a haircut,” said Rex.

And the loser, per Rex’s league’s tradition? Now that can’t be shared in a school newspaper article.

The wonders of the wonderful Mr. Justin Johnson

MUSCATINE, Iowa--30 years ago, Muscatine Power and Water introduced its first digital customer information system. In its three decades of use, it has served...
Read more