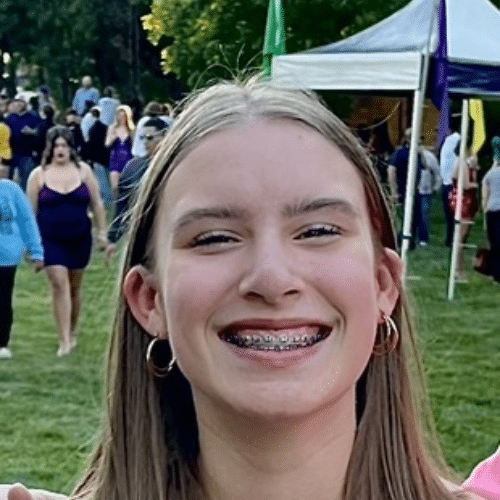 Emma Steele
I am a freshman in high school. I am involved in multiple different bands at MHS including the jazz band, pep band, and marching band.

“We’re all pretty bizarre. Some of us are just better at hiding it, that’s all.” – “The Breakfast Club”

The idea of the movie is to show that there are five different kids who from the surface and involvement all are wildly different, but once their paths cross, it becomes clear that they are all high school students who have commonalities and something to offer.

At MHS, it is easy in a big school to never let your paths cross, so people tend not to realize how important they are to the school’s atmosphere – like the band kids.

“I go to football games for the band,” freshman, Arabella Fourneau, said.

Throughout the years, a common stereotype in schools has been that band kids are nerds. It’s a pop culture thing that often originates from film and literature tropes. If you watch a high school movie, there is probably going to be a strong line between the “nerds” and “jocks.”

“I think that some of the stereotypes for band kids can be true, but they’re not necessarily a bad thing,” said Arabella. “The band has a lot of opportunities to do more publicized things–I think it’s cooler than people think.”

Even people not in the band, like junior Karen West, find that the band is something celebrate, not to label.

Now, stereotypes regarding the band seem to be less prominent. “If you look at the homecoming court nominees, that was a pretty diverse group, with some in band, theater, and FFA,” band mom, Dianna Steele said. “That’s not always something you would see when I was in school.”

Likewise for Mrs. Alex Rauenbuehler, ELA teacher at MHS, when she went to school things were somewhat different concerning social groups, but she thinks that is changing. “I do think that there was a divide between who was in the band and who wasn’t. There wasn’t a lot of crossover between the band kids and athletic kids and those kinds of friend groups,” Rauenbuehler said. “I don’t think that today that there is as clear a divide there was.”

“When we walk in front of the student section after halftime of a football game and hear them going crazy it’s electrifying, it makes you feel so good,” freshman marching band member Maya Simpson said. “It’s cool seeing the students so interested in the band.”

The band’s infamous motto is “Attitude is Everything.” Some kids within the program might not necessarily agree with this statement, but the energy and attitude in the band is shown to outsiders.

“It’s the highest energy group in the school,” Gavin McLeod, junior drum major, said “People should be excited and intrigued.”

The idea of band kids not being as cool as the sports players is decades old, but times are changing. It is good for the students to be exposed to everything they can do in the school and should not have to worry about the social perception of it.