Caring for the One 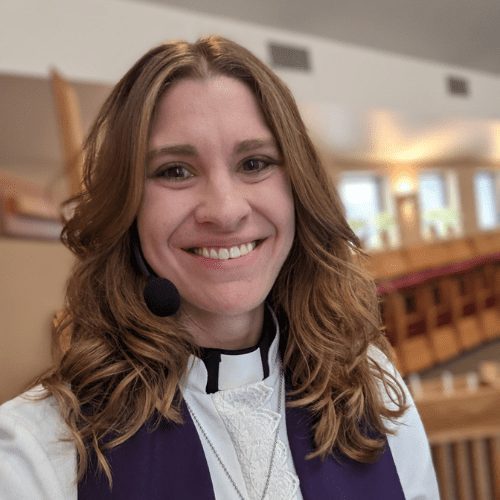 I would be remiss in my message to you, and in my role as a public faith leader in this community, if I did not simply cut to the chase. Last week, even here in good ol’ Muscatine, there were rumors of impending danger due to violent protest. By the afternoon and evening of June 1, businesses and companies in the Muscatine area began closing their doors early, again. For some of those organizations, their doors had just reopened after being closed due to the coronavirus. At last, it would seem, life was returning to “normal.” But then, just as quickly as the doors were shut the first time, it happened again. Once, we closed our buildings in fear of a virus; but the second time, we closed our buildings in fear of human destruction.

For the record, I do believe that businesses pushed to make these hard decisions were wise, especially in the face of the unknown. But now, as we’ve moved from that initial scare, what are we to think? How are we to heal? And quite simply, how are we to live in this climate?

At times, I’ve found myself wanting to pretend that “it” just doesn’t exist. And, at times, I’ve come close to convincing myself that the church, or any other faith community, shouldn’t be the ones chiming in with any more words than are out there. It’s just “too political” for the church to say something, isn’t it?

Well, for a time, I was careful – acknowledging that within our community is a wide variety of opinions and perceptions. However, as time passed, I realized that though it is not the role of the church, or any non-profit organization, to be “political;” it is our responsibility to care for those within our community, especially those most vulnerable.

Recently, a colleague reminded me of a story that illuminated this truth for me. The story is one that is found within a variety of religious traditions, with slight adaptations. It goes something like this. Once, there were 100 sheep, but one sheep went missing. The shepherd, seeing the 99 in front of him, was left with a choice: either go after the one, or remain with the 99. Logically, it would make sense for the shepherd to remain with the 99. Sheep left in the wilderness could scatter or be eaten by wild animals in an instant. And yet, as the story wraps up, the implication is that the shepherd would do anything to protect and care for that one sheep. Does that mean that the other 99 aren’t important? Of course not; of course the 99 still “matter.” But those 99 aren’t the ones in danger; the one is.

Just as the shepherd went after the one sheep who was in danger, we have a responsibility to care for those in our community – and within our world – who find themselves in danger. I fully recognize that last week, there were threats of danger to businesses and citizens in our community. And, unfortunately, there will likely continue to be a risk of danger in cities across our country in the nights to come. But from my perspective as a white female, I also recognize that I am shielded from much danger – danger that persons of color, those fleeing violence, and the most vulnerable among us experience on a daily basis.

So, yes, of course “all lives matter.” And yes, of course, “blue lives matter.” We all matter in the eyes of our God. But the point of the matter is that there are those among us who are in danger, who are vulnerable, and are longing for advocates. So yes, I’ll come right out and say it: Black Lives Matter. They matter just as much as the life of the one sheep. Because with them, our flock, our community, just isn’t complete.

So where do we go from here? And how do we heal? To answer those questions might take some time. But for now, consider two things: 1) listen to those around you, especially the voices of those who find themselves in danger. Listen to them, and learn from them. And then, 2) let’s find a middle ground, in love. We’re not going to agree on everything. We’re a diverse bunch. But even within diversity, there can be – and is – community.

MUSCATINE, Iowa--For high school students, studying abroad can provide a first experience of international travel or a chance to...

MUSCATINE, Iowa--For high school students, studying abroad can provide a first experience of international travel or a chance to experience another culture up close...
Read more