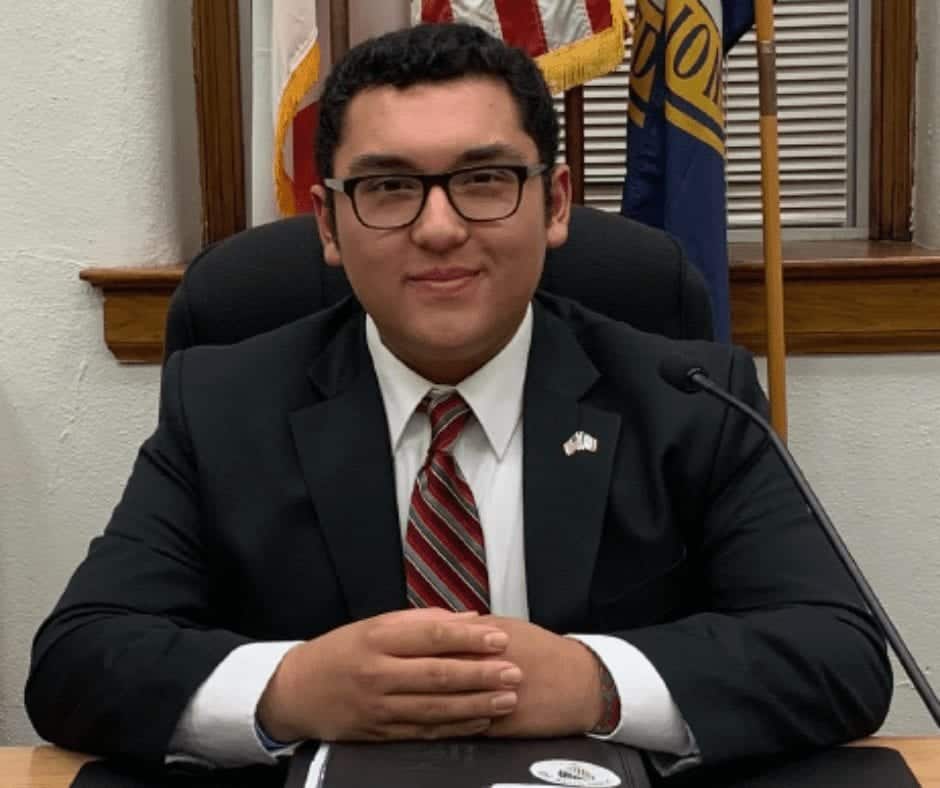 Daniel Salazar
A sophomore at Muscatine Community College, Daniel Salazar enjoys studying writing, theatre, among other subjects. He has written local news pieces for the past year.

Cesar and Monica Garrido are the proud owners of Chicharo’s Mexican Grill, located at 201 West Second Street, Muscatine, Iowa. They have been a part of Muscatine for over thirteen years. Both from Hidalgo, Mexico, Cesar first made the trek to the United States to Colorado in 1994, figuring that he would stay and work for two years and return to Mexico to open his own cheese factory. But that plan changed after a surprise visit. “As destiny would have it, plans change. After about six months here my wife came to be with me,” recalls Cesar.
When asked why she decided to simply leave her family and hometown behind, she simply answered, “I love him, so I decided to come.”

In Colorado, Cesar, who had never cooked before, eventually got a job through his friends, and before he knew it, was becoming a well-trained chef for the mere reason of necessity. In the beginning, the Garridos had nothing but a bare apartment with a table in the middle of the room.

Eventually, for the Garridos, the two years turned to three and so on. According to Monica, the first couple years were tough. They had to adapt to a new culture and language, but for her, she was especially appreciative of the schools.

They decided to take up Cesar’s brother’s offer to move to Muscatine. “One of the hardest things for me was moving to such a small town. There was nothing here, but we didn’t have much of a choice. Now, I like it very much, and here we still are. I’m not sure about the climate, but it’s very pretty here,” shared Cesar.

According to Cesar, once in Muscatine he noticed the many factories the city had to offer and thought he could start business with his taco truck again. Realizing Muscatine was a small town, he knew that the taco truck thing would need some getting used to, and his patience eventually paid off. After a couple of years, business was so good that people kept asking the Garridos to open up a restaurant. So, by public demand, they did.

Moving forward, the Garridos plan on implementing tablets instead of notepads, and have recently changed their name to Chicharo’s Tequila Bar and Grill. Along with the name change, they will put out brand new menus. Along with their Smothered Burrito, homemade Margarita mix, and more, Chicharo’s will continue to offer many exciting new dishes.
With the help of their six children, especially their daughter Stephanie, who manages Chicharo’s, the Garridos look to keep their restaurant thriving. “We’d love to grow here in Muscatine. I hear comments that we and other Mexican restaurants are in grave competition with each other, but we are all separate. I don’t see them as competition because we are all different,” explained Monica.