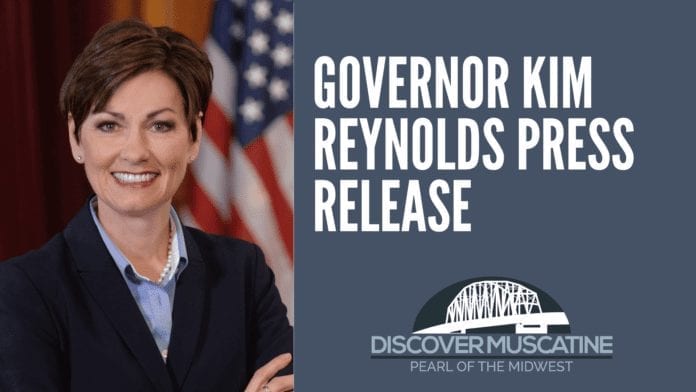 When last we met, we were discussing the book by Bill Burnett and Dave Evans “Designing Your Work Life.”...
Read more

“We mourn the loss of Capitol Police Officers Brian D. Sicknick and Howard Liebengood who stood bravely in defense of our country and the Capitol on January 6, 2021,” said Gov. Kim Reynolds. “While we can never fully realize their sacrifice and the pain felt by their loved ones, let’s honor what they stood for. May God continue to bless and watch over the brave men and women of law enforcement who willingly put themselves on the line to protect our people, our communities, and uphold the rule of law.”

Flags will be at half-staff on the State Capitol Building and on flag displays in the Capitol Complex. Flags will also be half-staff on all public buildings, grounds and facilities throughout the state.

Individuals, businesses, schools, municipalities, counties and other government subdivisions are encouraged to fly the flags at half-staff for the same length of time.

NICHOLS, Iowa--Following discussion at the Dec. 2020 meeting, the Nichols City Council voted to raise pay for their police chief, Jeff Jirak, and any...
Read more

MUSCATINE, Iowa – The City of Muscatine and nine other local businesses began a wellness challenge Friday (Jan. 15, 2021) and it is not too...
Read more

https://www.youtube.com/watch?v=hSjgGNLzF70 This content provided by the City of Muscatine YouTube page and distributed as a community service.
Read more