MUSCATINE, Iowa – A Letts, Iowa, man has been charged with two counts of attempted murder following a stabbing incident at a Muscatine business Saturday.

Muscatine Police Department officers responded to the report of a disturbance at Headquarters Tavern, 2108 Grandview, on Saturday (January 23, 2021) and found that two subjects had been stabbed during a fight including a 25-year-old male who was still at the scene, and a 37-year-old female who had already been transported to the hospital in a private vehicle.

Two other subjects received unintentional cuts during the fight, which resulted in minor treatment.

As a result of the investigation, Alejandro Antonio Flores, 232, Lot 3 Webster St., Letts, Iowa, was arrested and charged with two counts of attempted murder. Flores is being held in the Muscatine County Jail. 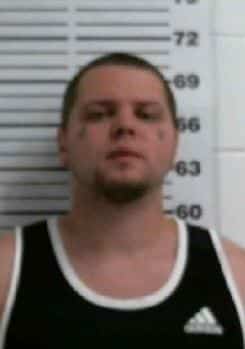 Police are still seeking a second individual connected to this crime. An arrest warrant has been requested for: Dayton Earl Michael Elliot, 26, address unknown, for one count of Willful Injury.

Police are seeking the public’s help in locating Elliot and ask that anyone who knows of Elliot’s whereabouts to call 911 or Lt. David O’Connor at (563) 263-9922 x.608. Elliot is known to carry weapons and should be considered armed and dangerous. The public is asked not to approach Elliot if he is spotted but rather call 911 immediately.

Both victims remain hospitalized but are expected to recover from their injuries. All suspects are considered innocent until proven guilty in a court of law.