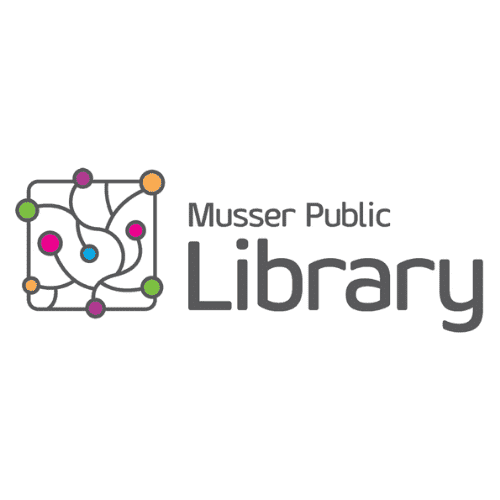 Musser Public Libraryhttps://musserpubliclibrary.org/
Our mission is to instill a passion for reading, lifelong learning, and discovery by providing materials, technology, and creative, innovative programming.

During the 10:30 a.m. to noon event, Erwin will relate cowboy folklore, perform Western music, and teach you how to twirl a rope!

Erwin has had a noteworthy career. As the yodeling voice of Alameda Slim in Walt Disney’s “Home on the Range,” Randy was able to showcase his critically acclaimed talent worldwide. He has performed at Carnegie Hall, the Library of Congress, Wembley Arena, Queen Elizabeth Hall, and the New Orleans Jazz Festival. He has made broadcast appearances on BBC radio and television, National Public Radio, and the ABC Radio Network, and he has four albums along with music in several film scores.

All ages are welcome to come to this event on a drop-in basis. Cowboy Randy’s appearance is part of our summer reading program, “Read Beyond the Beaten Path,” made possible by the generosity of the Friends of the Musser Public Library and CBI Bank & Trust.