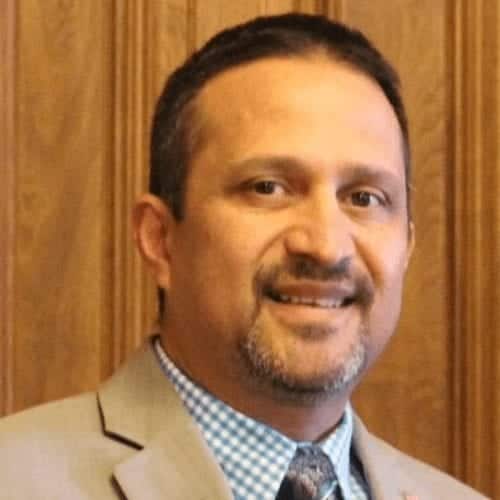 New from the inside out

Where to look for lost and forgotten money

MUSCATINE, Iowa– Mark Cisneros, a Mexican American small business owner in Muscatine, announced he will run for Iowa House District 91 as a Republican, following Representative Gary Carlson’s decision to not seek re-election this fall. House District 91 includes the City of Muscatine, rural eastern Muscatine County, and Fruitland. If elected, he will become the first Iowa legislator of Hispanic heritage.

Cisneros, the son of first-generation Mexican immigrants, grew up in Los Angeles, California. He initially began a career in law enforcement, working for the City of Los Angeles Park Rangers. In 2007, he and his wife, Bridget, moved to Muscatine where they started their own small businesses, Shop 2 Drop in Muscatine and Bella Boutique in West Liberty. Cisneros currently works in transportation as a commercial driver.

“I have been fortunate enough to live out my own American Dream, and I want to make sure my children, my grandchildren, and future generations of Iowans have the same opportunities that I did,” said Cisneros. “As someone of Mexican heritage, I bring a unifying voice for the people of Muscatine and the Hispanic community. We all want a strong economy, strong schools, and strong families. I want to be a bridge to deliver that message in Des Moines and get positive results for Muscatine.”

Cisneros says he will make high quality education and affordable health care major priorities as a State Representative, as well as work to bring more high-paying jobs to Iowa and reduce the tax burden on families and small businesses.

“The best way we can set our children up for a successful life is with good schools and a quality education,” said Cisneros: “I’ll work to make sure our kids get the best education possible and look for new ways to make health care more affordable and accessible for Iowa families. I will prioritize economic development efforts that benefit middle class Iowans and always keep the hard-working taxpayers in mind when it comes to the state budget.”

Cisneros currently serves as a member of the Muscatine County Judicial Magistrate Appointing Commission. In the past, he served on many boards, including Community Action of Southeast Iowa and the Iowa State Extension Office of Muscatine County. He spent significant time volunteering with Muscatine Youth Soccer, the American Red Cross, and many other organizations.

Mark and Bridget Cisneros have three sons and three daughters, as well as two grandchildren. They attend Chapel of Praise Church in Muscatine where Cisneros serves as a church council member.

Walk to End Alzheimer’s continues to build hope in Muscatine

The Muscatine Community School District is back for the 2022-2023 school year! Depending on when you're reading this, the school year may have started...
Read more

MUSCATINE, Iowa--The Community Foundation of Greater Muscatine (CFGM) announced today the launch of its new brand identity, logo, and website. "Throughout the years, so many...
Read more

Walk to End Alzheimer’s continues to build hope in Muscatine

Reaching Out concert to benefit NAMI for second year

New from the inside out

Where to look for lost and forgotten money