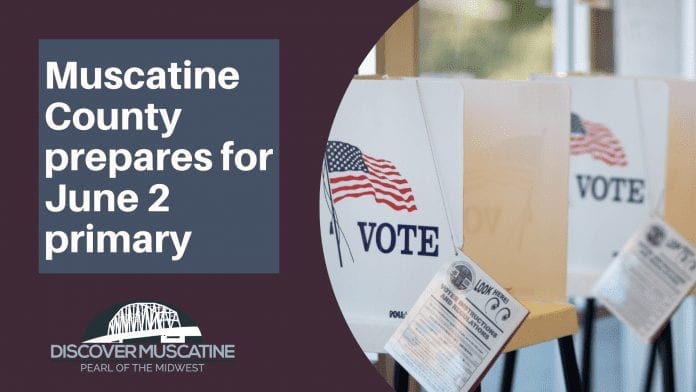 MUSCATINE, Iowa–As the June 2 primary election draws near, voters should take note of several changes put in place due to the COVID-19 pandemic.

Both Iowa Secretary Sate Paul Pate and Muscatine County Auditor Leslie Soule encourage people to vote absentee if possible. All registered voters across the state received an application for an absentee ballot. In order to receive an absentee ballot, voters must have mailed their applications back by May 22. For those who requested absentee ballots, they must mail in the ballots by June 2 for them to count.

To safeguard voters, election officials will wear masks and wipe down polling stations often. They will also provide each voter with his or her own pen, which they may keep.