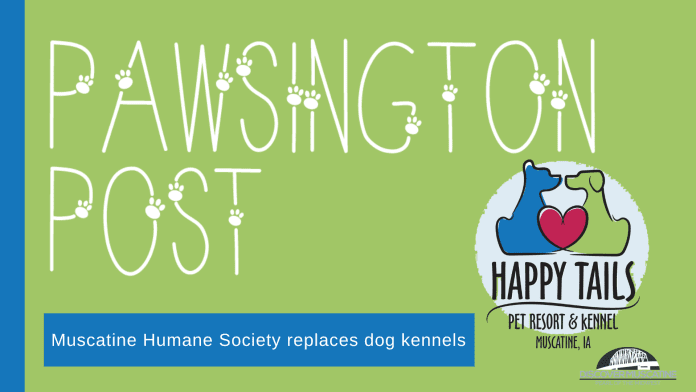 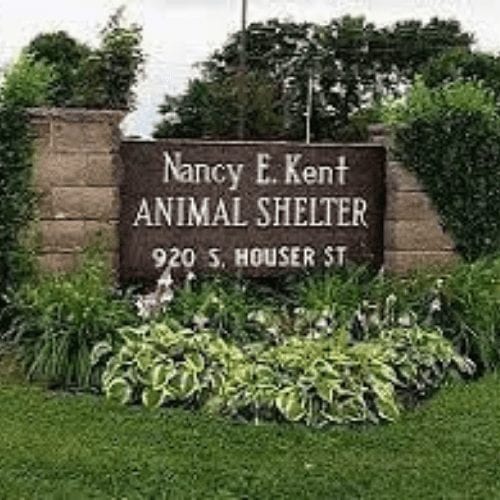 Muscatine Humane Society
The mission of the Muscatine Humane Society is to educate the public of the importance and dire necessity to spay and neuter their animals to prevent the needless suffering that follows pet overpopulation. Concurrently the Society provides a safe haven for lost or abandoned animals until their owners or new homes can be obtained.

MUSCATINE, Iowa–After a year of fundraising, the Muscatine Humane Society secured the $96,000 needed to replace all of the dog kennels in the dog adoption wing. Installation of the new kennels took place the week of May 23.

Because having new kennels delivered and installed costs a lot, the Muscatine Humane Society used several fundraisers, including their Woofstock concert, Kash for Kritters, Valentine’s Day Apple Sale, and annual donation campaign to finance the project. A generous donation from the Muscatine Agility Club and support from the Humane Society’s board helped the project along too.

Prior to the new kennels arriving, staff at the Muscatine Humane Society removed and disposed of the worn out adoption area kennels, washed the floors and drainage trenches between the kennels, and repainted the walls in the adoption room. With the space ready to go, the kennel installation took about three days to complete.

The newly installed kennels have several features that make them more appealing both for shelter staff and for the dogs that will stay in them. Tempered glass doors on both ends of the kennel will make it possible for dogs to see who is coming and give staff easy access to them. They should also stand up to many years of use. Revolving food and water bowls that lock into place will prevent them from actually spilling inside of the kennels.

With these new upgrades in place, Muscatine Humane Society Director feels the shelter has made great improvements for the dogs it serves. “We are so excited to have new suites for our dog’s comfort!” she beamed. The Humane Society now plans to begin working towards replacing the kennels in their lost and found wing. They previously replaced the cages in their cat adoption area.

Democrats nominates Diana Broderson for Board of Supervisors