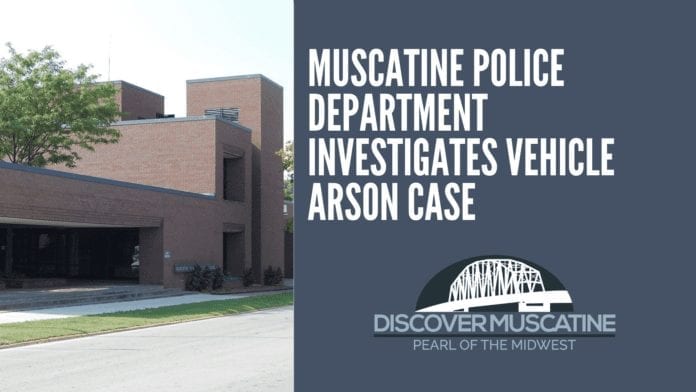 MUSCATINE, Iowa–In the early morning hours of Oct. 17, officers from the Muscatine Police Department responded to the report of two motorcycles on fire at 3027 River Road. Officers arrived on scene at approximately 3:57 a. m. to discover three motorcycles set on fire. The fire also damaged two vehicles parked on either side of the motorcycles. Further investigation identified the use of an accelerant to intentionally set the fire.

The initial findings of the investigation indicate the perpetrator targeted the victims. The Muscatine Police Department do not believe this case represents an ongoing threat to the general public. The department has not made any arrests, and the case remains under investigation. Anyone who belives they may have information about the incident should contact Detective Jeff DeVrieze at the Muscatine Police Department by calling 563-263-9922 ext. 611.