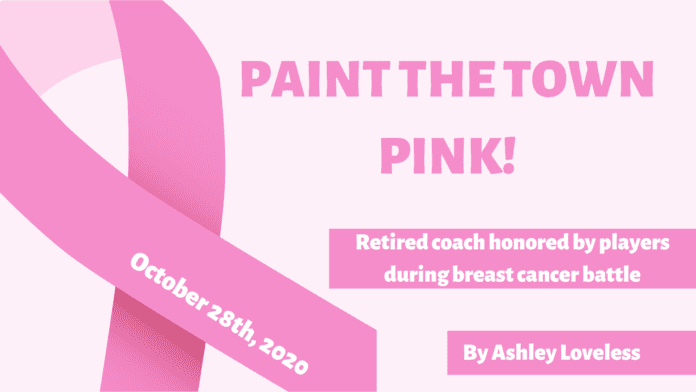 “There isn’t much I haven’t coached,” jokes Deena Christy. In 1984, Christy started coaching the Muscatine High School girls soccer team. Christy worked with countless aspiring soccer players, helping them develop skills they would use both on and off the field. Christy retired from her role as head soccer coach in 2012 after an impressive 20 years in the position. She also coached numerous other sports during her career.

More recently, Christy received a breast cancer diagnosis and continues to receive treatment for it. While having the tires on her car changed, one of Christy’s former players, Megan Randoll, learned about her situation. Wanting to support the coach who had done so much for her and many other young people, she knew she had to do something.

When Christy picked up her car, she learned that Randoll and several other former soccer players had covered the cost of her tire replacement. They also left a beautiful bouquet of flowers and Isabel Bloom statues of a gnome with a pink heart and a pink soccer ball to show their support during her breast cancer battle. “They have no idea how much it means to me,” Christy shared. “It was just such a wonderful gift.”

On Aug. 3 at approximately 11:35 p.m. the Muscatine Police Department responded to a report of gun shots fired...
Local Government and Politics