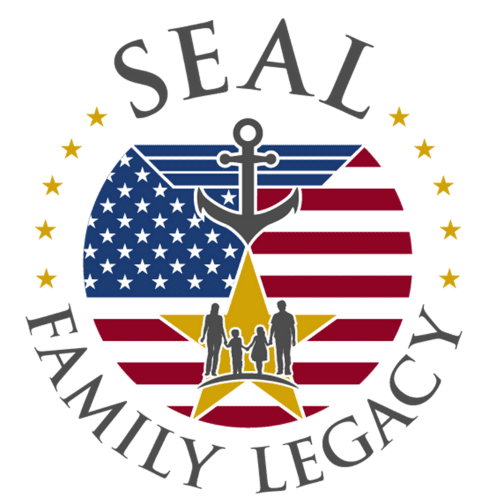 SEAL Family Legacy
SEAL Family Legacy is a registered 501c3 100% volunteer nonprofit organization that raises awareness for military members killed in service to our country and raises funds for the immediate family member’s children. Our differentiator is that we specifically serve Gold Star military families with children from any military branch, and at least one family served is a U.S. Navy SEAL family. All profits from the organization are paid directly to the families we serve.

An opening ceremony was held before the ride that included a presentation of colors by local Vietnam Veterans, the national anthem performed by Meredith Dennis, the Pledge of Allegiance recited by local non-profit Kids for Vets, supportive commentary from Scott Webster, an address from SFL’s Board of Directors, donation presentations from various organizations, and playing of Taps to conclude the ceremony before attendees departed on the ride.

“Thanks to our supporters, those that were able to attend the ride, and business sponsors, we were able to raise nearly $15,000 at this event with more still coming in for our Gold Star Families,” noted SEAL Family Legacy Public Relations Officer, Rob Dennis. “We had a very successful first ride garnering a great deal of support and awareness,” he added. Awareness from the Inaugural  Ride and about SFL’s mission has now reached nearly 20 thousand people, according to the all-volunteer organization.

The group of ride participants was supported by local police departments throughout the ride. Communities and businesses within the communities supported the ride by offering free water, providing food, and ride apparel. People lined the streets and overpasses, bearing flags, waving and supporting the ride and mission. The group wishes to express their sincere thanks to all those that participated or supported this event.

For further details about the event and SEAL Family Legacy, please visit their Facebook page at https://www.facebook.com/sealfamilylegacy .