‘Spenser Confidential’ – I think I saw that… 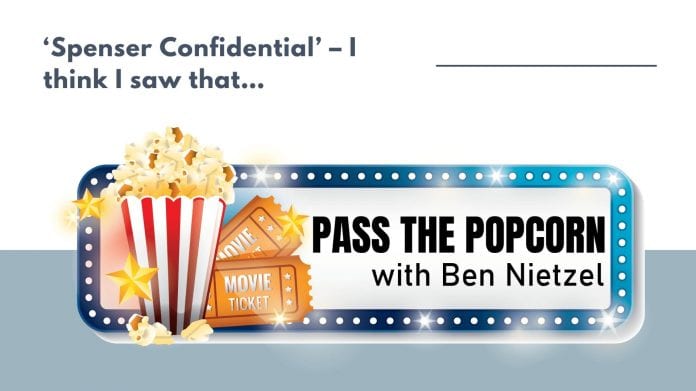 Author’s note: In light of the state shutdown of many public places, including movie theaters, I will be reviewing content available for people to stream from their homes. The theater has always been a source of joy and excitement for me, and I look forward to being able to venture back out. Please, keep the owners and employees of these establishments in your thoughts and prayers as we all navigate this difficult and confusing time.

“Spenser Confidential” is one of the latest straight-to-Netflix releases. It stars Mark Wahlberg as Spenser, an ex-Cop who sets out to unravel the cover-up of two police officers killed the same day he is released from prison.

Wahlberg is very comfortable playing a role he’s held many times as a man with a heart of gold who seems incapable of getting his own life in order. The Boston setting is even more of a lay-up for the native. Iliza Shlesinger and Winston Duke are great as Spenser’s crew. The dynamic between the three of them is fun and helps to punch up the comedic aspects of the film. Alan Arkin plays Spenser’s dad, Henry, and steals the show in the scenes he’s in. Overall, it’s a strong performance from what feels like a pretty fresh cast, Wahlberg aside.

The action is fun and features more machetes than most people will see in a lifetime. As mentioned, the comedy isn’t “The Other Guys” funny, but It’s a nice accent throughout the film.

“Spenser Confidential” is enjoyable, but it’s cookie-cutter premise and Swiss cheese plot make it instantly forgettable. There exists a whole genre of movies dedicated to the “ex-cop plays outside the rules to crack the big case,” and this film is a passable, but certainly not exceptional, entry into that. That’s the biggest issue. The action is respectable and fun, the comedy is amusing, and the acting is competent and enjoyable but there is nothing of substance here that is going to make you want to revisit “Spenser Confidential.”

The plot itself is fine on the macro level, but it simply omits some of the finer details that actually might engage the audience. Instead, key points are glossed over to push the narrative ahead. While the brevity of the film is appreciated, it feels like too many important connectors were left on the cutting room floor for the film to be anything more than a two-hour time filler.

It’s a weird time where people are staying in and looking for things to do. In that context, “Spenser Confidential” is a fun way to spend two hours. It’s got stars, action, and even some laughs. The film has flaws; the biggest of which is you likely won’t remember the flaws (or highlights) a week after seeing the film. It’s absolutely a popcorn flick without the delicious movie theater popcorn to enhance it. If you’re bored on your couch, give it a watch on Netflix. Be good to each other!