In a case of mistaken identity, Tim Morris invites a blind date disaster rather than the women...
Read more

Do It Yourself Vacation

I was off work last week and loved every minute of it. During the nearly 11 years...
Read more

Tony Tone
Tony Tone has worked as a radio personality in Muscatine and the Quad Cities since 2006. He currently stars in the Hy-Vee Today show, serves as the store's Marketing and Merchandising Director, and writes Talk of the Town with Tony Tone for the Discover Muscatine newspaper. 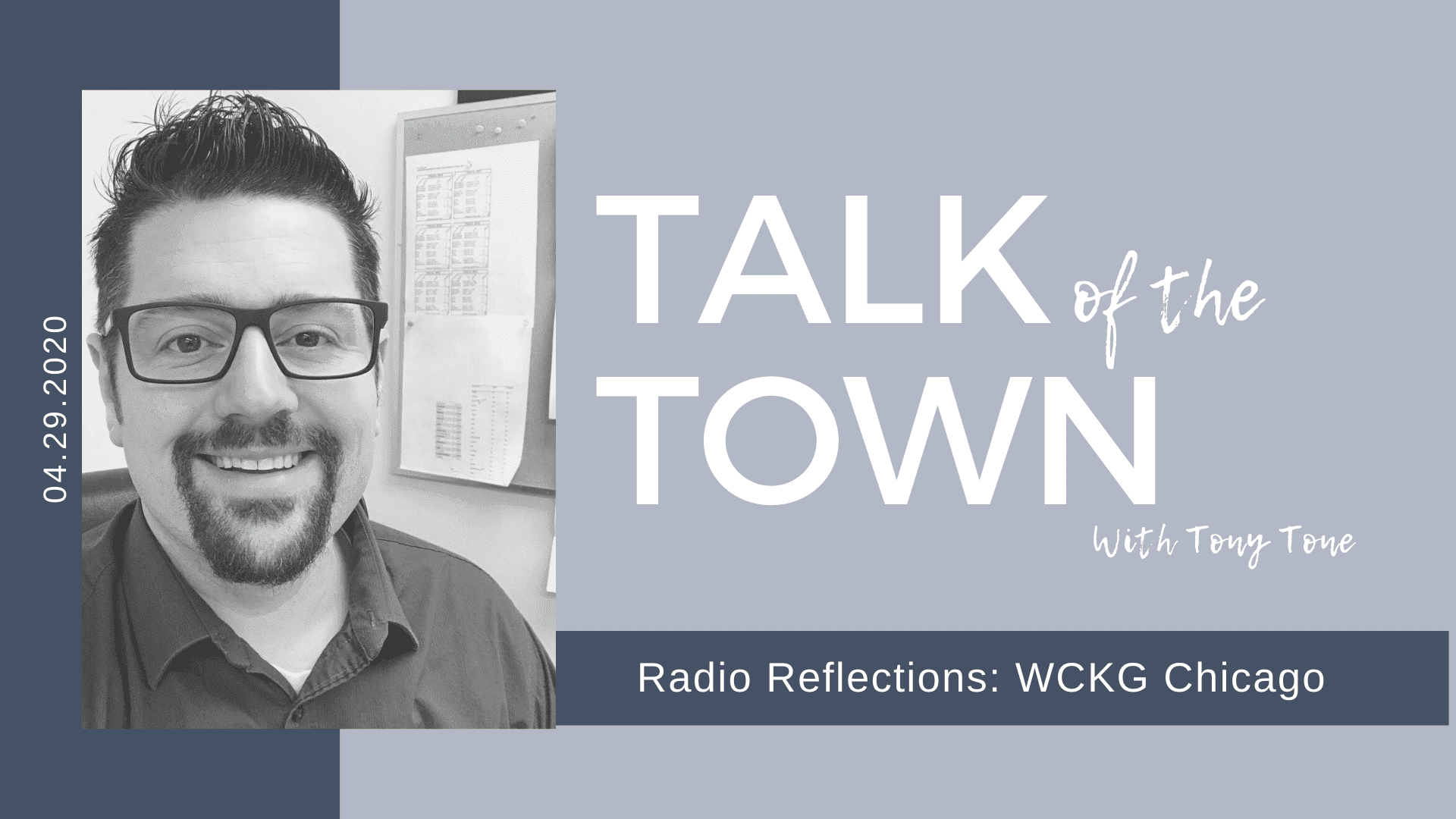 It was a random day in late February when I took a phone call while helping out in the bakery at Hy-Vee. “Hi Tony, this is (insert teachers name–I can’t recall so sorry!) with L&M and I have a student that’s interested in radio. How did you get into it?”

Rather that offer to call back, I sped through my story that I’ve told several times. What I spent more time on was just how important the internship I had was during the summer of 2004. Before the end of my junior year at St. Ambrose, I had been in contact with Bonnie, the producer of the “Kevin Matthews” show on 105.9 WCKG radio located in downtown Chicago. Kevin inspired me to get into radio, and the thought of interning for him was beyond exciting. I pestered his producer, and during my spring break, I went in for an interview wearing a suit. “You know this is for an unpaid internship, right?” Of course I did! I was just wanting to make a good first impression.

I landed the internship and headed back to school for a couple of weeks. During that time, Kevin ended up parting ways with the radio station over a contract dispute. You may find this hard to believe, but sometimes companies in media don’t want to continue to pay folks that are successful and generate them millions in advertising dollars. I was crushed at the news. Bonnie assured me the internship would still happen for the “Pete McMurray” show. I didn’t have the heart to tell her I had no clue who Pete was.

My first day, I walked into the Prudential Plaza in downtown Chicago and I was nervous. By the end of my first week, I went from the new guy to the lead intern (one group of interns’ time was up and mine just begun).

By the end of the summer (the internship was May-August 2004) Pete and I became friends. I was on the radio in Chicago twelve times and learned so much during that time. It literally cost me $25 a week to take the train from my mom’s house in Oak Park into downtown Chicago. I brought my friends to all of Pete’s live events and worked my tail off to ensure I was thought of in a positive light. I was even offered a job, but turned it down because I needed to finish my degree at St. Ambrose.

That internship experience made my college radio show better, which in turn led to my part time job on the country station (104.9 The River in Davenport) and subsequent role on B100 (Red Hot & Tony Tone show). The right place, at right time, combined with a strong work ethic, does wonders.

That’s my story. I’m still friends with Pete McMurray (listen to him on WGN 720 in Chicago) and I’m so thankful for Bonnie and everyone that helped impact my life during that internship.

Plus, one day I got to walk Dennis Rodman back to the green room. That day, Pete had a portable basketball hoop put outside the Prudential Plaza, and he shot hoops with Dennis. Good times. I need to write that book.

MUSCATINE, Iowa – While the 300 block of East 2nd Street remains a construction zone, the contractor will allow...
Read more
City of Muscatine

MUSCATINE, Iowa – The playgrounds in all City of Muscatine parks are now available for use by the public. Most facilities have reopened including...
Read more
Local Government and Politics

MUSCATINE, Iowa – The intersection of Mulberry Avenue and 3rd Street will be closed to through traffic starting at 7 a.m. on Thursday, June...
Read more
City of Muscatine

Interaction was nothing short of positive – Chief Talkington

In a case of mistaken identity, Tim Morris invites a blind date disaster rather than the women of his dreams to a...
Read more

Do It Yourself Vacation

I was off work last week and loved every minute of it. During the nearly 11 years I spent working in radio,...
Read more