‘The Nightmare Before Christmas’: Christmas or Halloween? 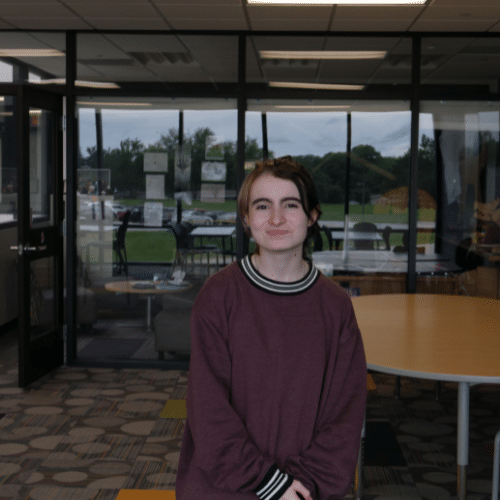 J. Kilburn
J Kilburn, a senior on the Auroran Today team, is helping out with the Newspaper for the first time this year! Though they have a deep appreciation for writing, they also enjoy listening to music, creating art, and spending time with their friends and family.

November, the in-between month of two of the most popular seasons, Halloween and Christmas. We’re taking off our witch hats and finishing the last of our Trick or Treat candy and putting on our Santa hats and baking cookies. It’s the time of year when we are no longer screaming in fun terror, but with innocent joy. Throughout all this enjoyable chaos, there’s a debate that’s been sticking in the heads of Halloween and Christmas enjoyers for decades: which holiday can claim the famous Tim Burton movie, “The Nightmare Before Christmas?” Is it a Halloween movie or a Christmas movie?

“The Nightmare Before Christmas” is a 1993 film directed by Henry Selick (who deserves more credit), and a few of the major cast members are Danny Elfman and Chris Sanderson (Jack Skellington), Catherine O’Hara (Sally), and Ken Page (Oogie Boogie). It takes place in a universe where every holiday has its own home, and the two main holidays we see are Halloween and Christmas, which is the cause for all of this commotion.

Here’s a quick synopsis that explains the argument: Jack Skellington, the Pumpkin King of Halloween Town, is starting to get bored with his normal life of darkness and scares. The beginning of this film is set in his home. Your entrance to the film quite literally is a song called “This is Halloween” where many of the loveable, yet horrifying characters explain what Halloween Town is about and what cliché role they fall under. The themes of Halloween and the scary imagery noted above are things that Halloween arguers take as their evidence.

However, due to Jack’s tiredness of his world, he laments. While lamenting, he finds himself sleepwalking into the Hinterlands, which is a forest filled with trees that have doors corresponding to different holidays. He finds himself sucked into Christmas, where he finds the Christmas wonder that everyone raves about during the season. Because of the joy he experiences, he tries to bring the Christmas spirit back to Halloween Town, which at first doesn’t go incredibly well. However, later on, they are able to develop the Christmas spirit, which the Christmas fans try to take as evidence for their claim.

Now here’s my take on the whole debate: It’s a Halloween movie.

My personal review of the movie is that it’s enjoyable in any season, Halloween or Christmas. You’ll even find me watching this movie in the middle of summer. In general, it’s a beautiful movie that I think anyone can enjoy at any time. From the beautifully curated stop-motion animation to the wonderful soundtrack, “The Nightmare Before Christmas” is a 10 out of 10 movie.

How the ‘Potty Press’ got its royal throne

December is here, and that means folks working as delivery drivers will be extremely busy for the next few weeks. I want to say...
Read more