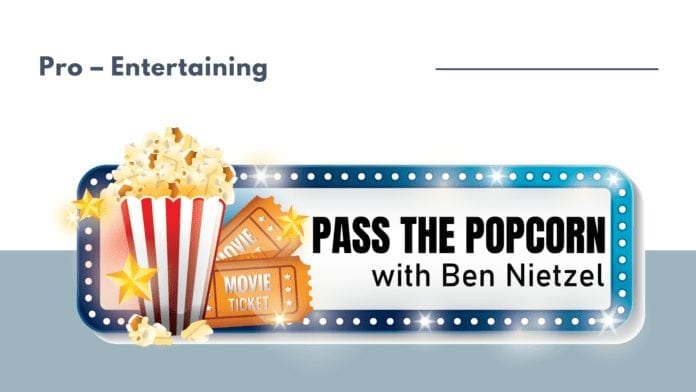 “In Triple 9,” a group of criminals and dirty cops must kill or be killed in order to pull off a daring heist for the Russian Mob. It is classic action crime drama fodder.

“Triple 9” is a gritty crime drama cut out of the classic mold. It’s intense, it’s hyper-violent at times, and it’s exciting. It will remind the viewer of some of the greats of the genre; “Heat,” “Training Day,” “Den of Thieves,” and others. That’s the problem. “Triple 9” seems to be confused as to what it wants to be. In Hollywood, rarely is something entirely new, and many good films are loving homages to source material. The issue with Triple 9 isn’t that it feels like one of these classic films, but rather it feels like a messy mash-up of all of them. Subplots and scenes feel ripped from these movies and fashioned back together into a film that seems to lack cohesion and direction at times. Lifting the best bits of five great movies does not a sixth great movie make. It also leads to some disjointed story telling as the movie feels like it has a few too many subplots and elements baked in.

“Triple 9” is absolutely stacked with talent. The first eight actors credited on the cast list are all legitimate headliners. Some of the performances are amazing, capped off most impressively by Chitwetel Ejiofor’s Michael Atwood and his ruthless Russian Jew “sister-in-law” Irina Vlaslov played by a very game Kate Winslet.

On the other hand, the film seems to waste plenty of talent. It’d be interesting to know if Gal Godot got paid, or if they just paid her abs, as they seem to be doing all the acting in the film. To be fair, if I had an Oscar vote I’d have considered them, but the actress herself is given little to do.

Woody Harrelson’s character oscillates between scarred, damaged hero on his last ride and goofball caricature, depending on the scene. Atlanta is a cool city, but the location could have been Baltimore, L.A., or even Cleveland for as much as they tap into the city’s soul. Casey Affleck’s character is key to the plot, but there is so much smashed together here I’m still not sure I know anything about him and I certainly didn’t know enough to care.

For all its warts, “Triple 9” is entertaining. The actors are great, and when given the space to ply their craft, they are fun to watch. Fans of the genre will find enough drama and certainly enough action to keep themselves entertained during its two-hour runtime. The movies it (too) closely emulates are fun to watch, and seeing those elements smashed together is jarring but still entertaining in the moment.

“Triple 9” is a movie with flaws. It has no real identity of its own and instead borrows too heavily from too many other movies of its ilk. It has an amazing cast and setting that in some cases shines, and in others seems squandered. In a time where many people are running short on new content, “Triple 9” provides an evening of entertainment for anyone interested in that type of film. Head over to Fridley’s to grab some popcorn and give this one a view if it seems like something you might like.

MUSCATINE, Iowa--Just over a year after opening, the Community Diaper Bank has grown exponentially. Since first beginning to provide...
Read more
City of Muscatine

"Safety" is the inspiring “real-life” story of a Clemson freshman football player whose real life responsibilities off-the-field derail his play on it. Pro – Family...
Read more

Adopt Maya! Breed: Female, black tuxedo domestic short hair Age: One and a half years old Tiny Miss Maya has an appetite for play much bigger than...
Read more